skip to main | skip to sidebar

Sex and the City Bachelorette Party 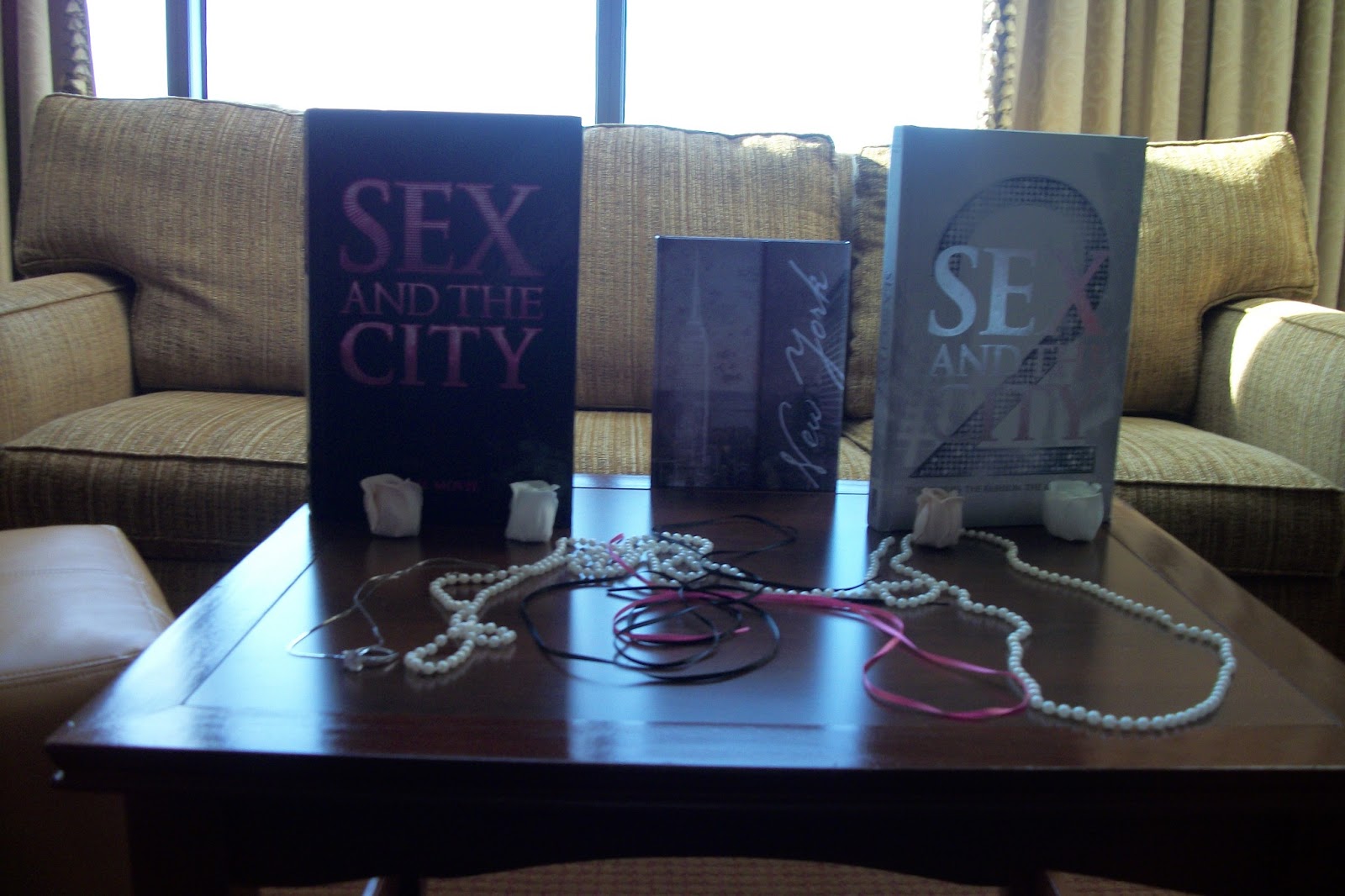 For this bachelorette party, I did a Sex and the City theme. The bride to be was a fan of the show, so I tried to connect as much as I could, on a budget. Decor wise, I stayed with the black and pink color theme. Used pink flowers, beads, purses, books from the 2 movies, and anything New York themed. 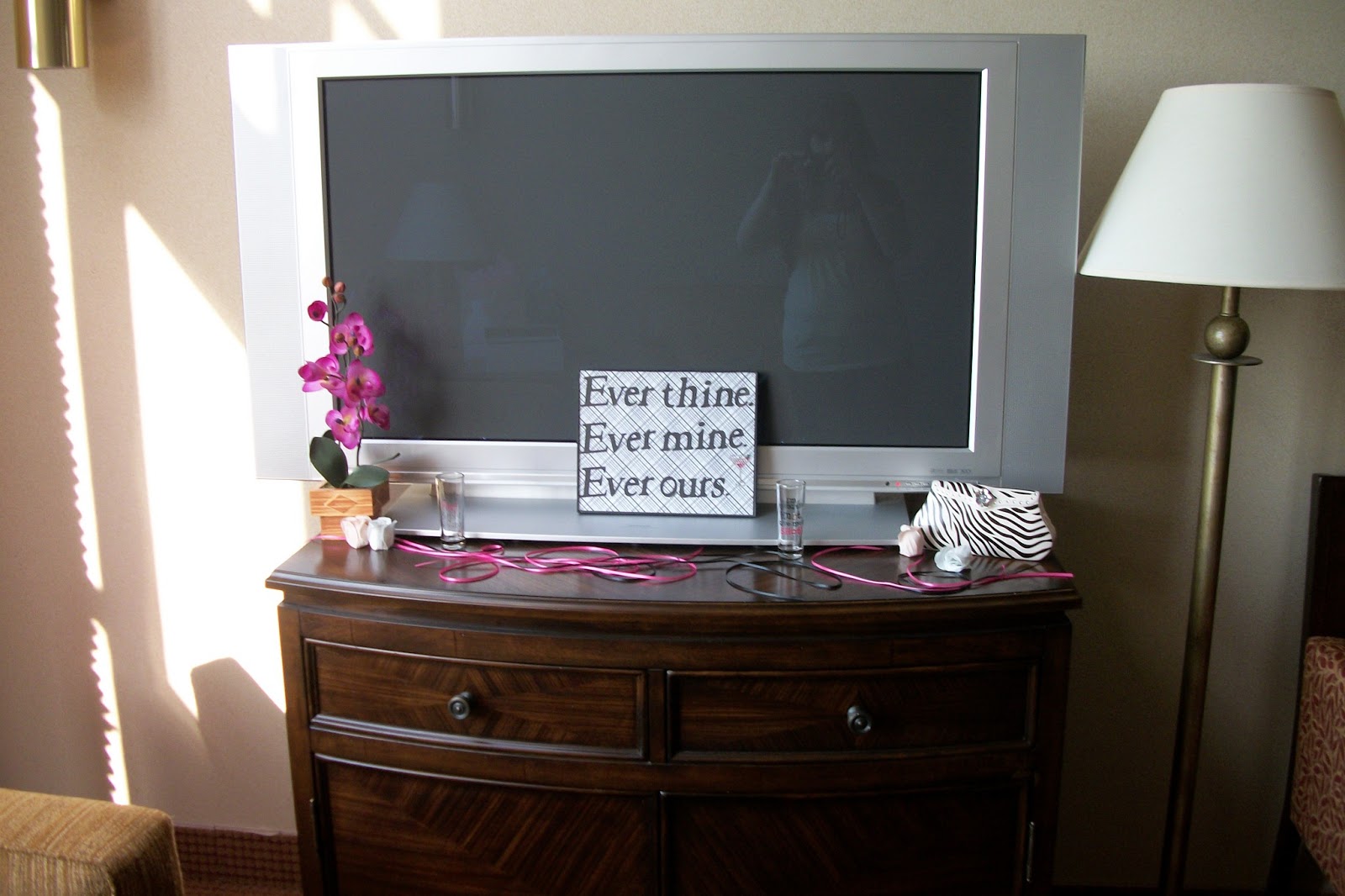 We played 4 games; each representing one of the ladies from the show.

Carrie’s Sex and the City Game: Name the Kitchen Utensils

Carrie: (narrating) That night, in Mr. Big’s kitchen, I performed an unnatural act of my own. I cooked. “Voila. Fondue.”
Big: “You didn’t cook, you just heated up cheese.”
Carrie: “And tore up little pieces of bread.”

Materials Needed
How to play the game
Each lady receives paper and a writing utensil. Pass out the cards one by one. The lady will write down their guess of the kitchen utensil. Once everyone has seen the card, read the answer out loud. If they get the answer wrong, they have to chew a piece of gum.


Miranda’s Sex and the City Game: Guess those Shoes

How to Play the Game

As soon as everyone walks in the door, have them take off their shoes. Don't tell the bride or anyone else what it's for. The bride has to successfully match the shoes to the guest.

Miranda: “I had to walk all the way from the subway in these heels. My feet are killing me.”
Steve: “Why didn’t you just carry them and wear sneakers like everyone else?”
Miranda: “Stop. You can take me out of Manhattan but you can’t take me out of my shoes.”

Realtor: So, it’s just you?
Miranda: Yep. Just me.
Realtor: Such a big apartment to buy for just you.
Miranda: I have a lot of shoes.
Charlotte’s Sex and the City Game Pass the Bouquet

How to play the Game
Charlotte is the conservative/traditional one of the group. So for Charlotte's game, you'll play a traditional game. It's a lot like  Hot Potato. Play the theme song from Sex and the City and pause it. The person who has the bouquet in their hand when the music stops, they're out. The circle gets smaller. The last person out, wins.

Charlotte: Oh, my God! You're such a....
Samantha: A what? What am I Charlotte?
Charlotte: When are you going to learn that you can't just sleep with everything that comes along....
Samantha: Hey, Mrs. Softie, at least I'm getting laid.

Samantha’s Sex and the City Game: Wrap the Banana
*Samantha: You men have no idea what we're dealing with down there. Teeth placement, and jaw stress, and suction, and gag reflex, and all the while bobbing up and down, moaning and trying to breathe through our noses. Easy? Honey, they don't call it a job for nothin'.

*Samantha: Personally, I love an uncircumcised dick. It’s like a tootsie pop. Hard on the outside, with a delicious surprise inside.

Materials for the Game
Game's pretty self explanatory... 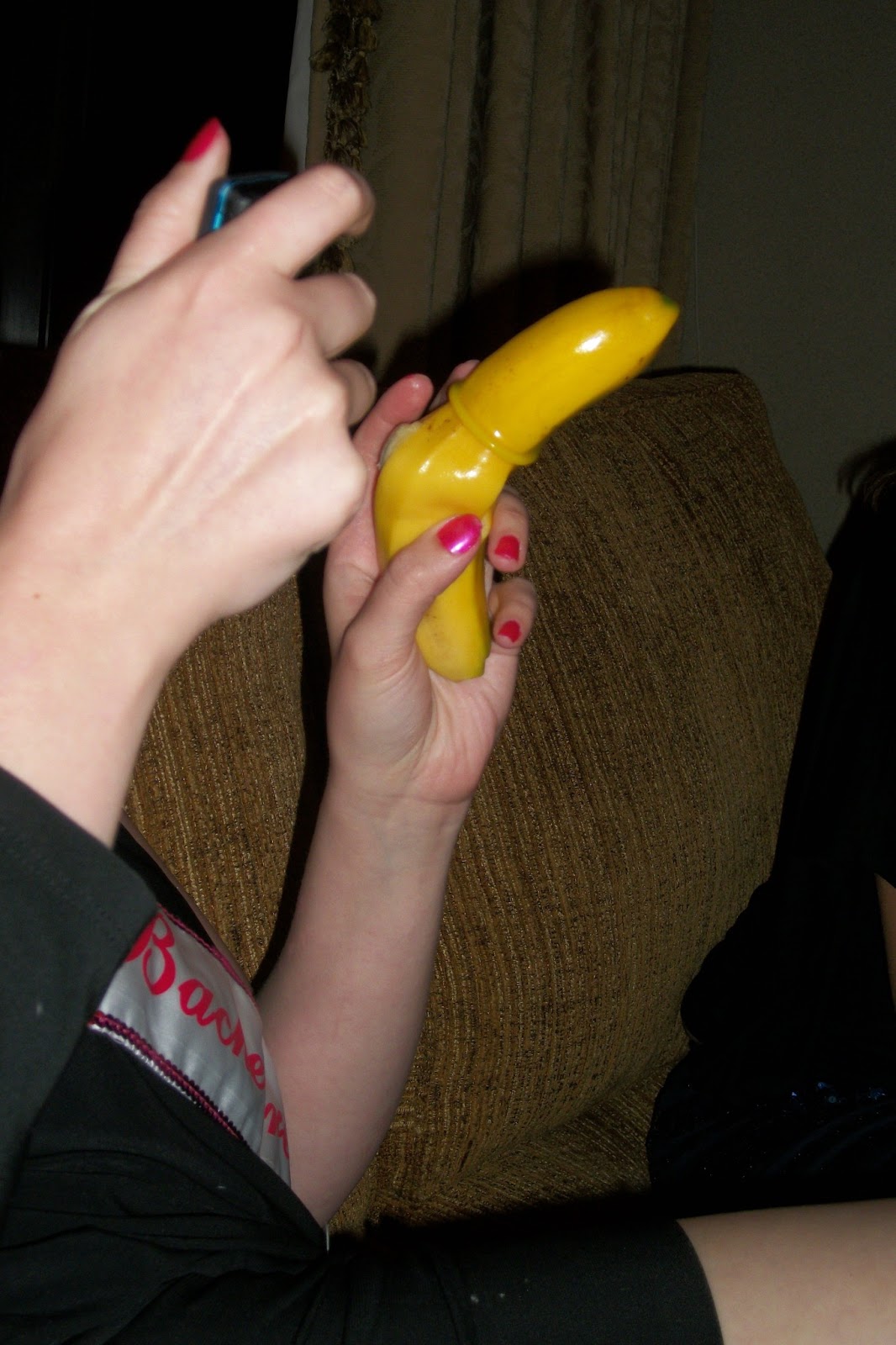 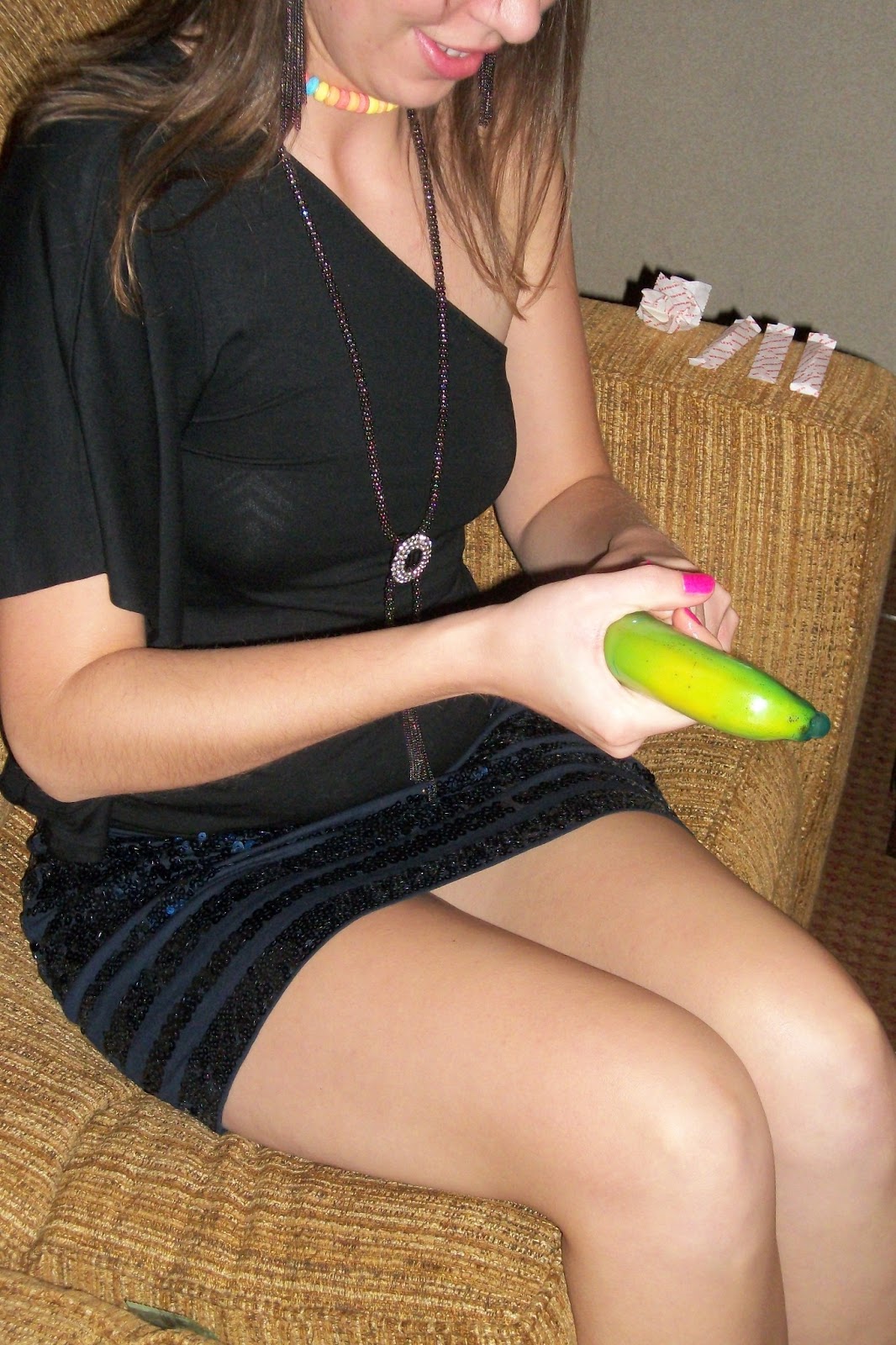 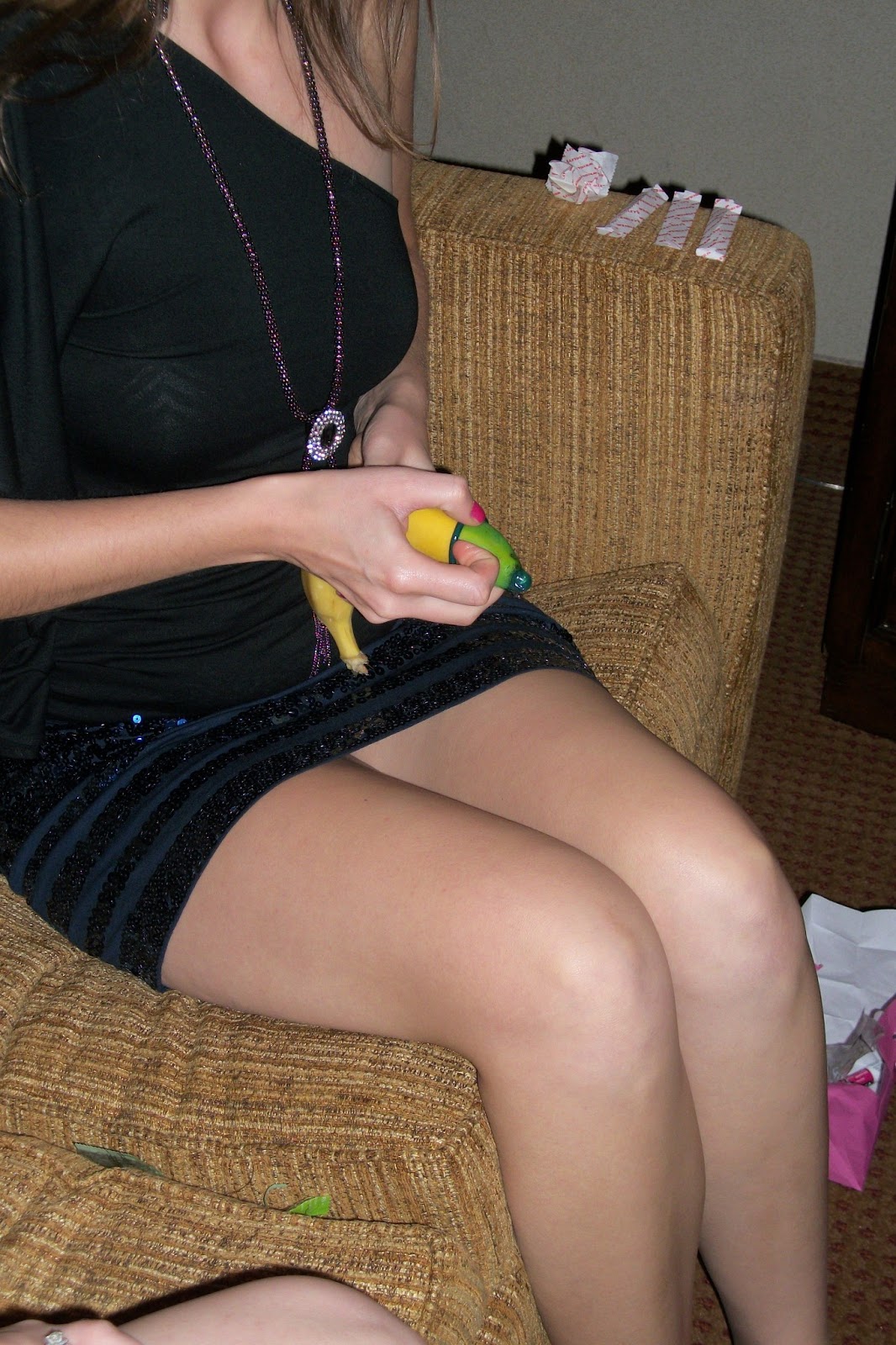